Today, I will be interviewing Sweden-based artist A.S. Swanski. Stick around for the interview, and check out the artist here! More links at the bottom.

How were you first introduced to music in your life?
As a kid I watched Toppop, a weekly Dutch music chart television show. My older brother introduced me to a lot of stuff. Those were the days of glam rock and seeing all these extravagantly dressed rock stars made quite an impression. I didn't always get what they were doing, but it was great to look at.

At what point in your life was the defining moment that made you realize what you wanted to do, as a musician?
I have done many different types of things, musically, and I'm quite sure that I will be doing other things in the future. I want adventure and never settle for one specific style or sound. This means that ”defining moments” occur all the time, or never, depending on how you look at it.

How long have you been making music now?
I started playing bass in the early 1980s. That's a long time ago.... Between 1983 and 1997 I played in several bands in The Netherlands, the country I was born in. I started working as A.S. Swanski in 1998 and quickly released my first album, called Twist. Between 2000 and 2009 I focused on other things, for example writing album reviews for a Belgian weekly, but my love for writing and recording my own stuff never faded. So, when I finally had some time left, I reactivated the Swanski inside me.

What was your first project? How have you grown since then?
I started my first band when I was in school. We played five gigs under five different names. It was rather doomy, gloomy stuff. We played covers from Killing Joke and Joy Division plus own material in a similar style. It was good fun but we didn't take it very seriously back then. 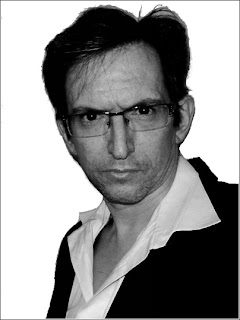 What type of music/artists have influenced you and your music?
I had most of my musical education in the first half of the 1980s which was probably the most adventurous period in musical history. Post-punk had a serious impact on me. I'm not sure to which extent others have influenced me but generally, I like artists who try or have tried to do something others never thought of. Eccentrics like David Bowie, John Cale and Barry Adamson, innovators like Einstürzende Neubauten, Popol Vuh, Yello and Kraftwerk, eclectic bands like The Stranglers and Talking Heads. I haven't listened so much to new artists recently but one that made quite an impression is a French lady named Claeysen who combines a dark electronic sound with neurotic, opera-like vocals.

What is the inspiration for your music?
My latest work has been inspired by crime fiction, older work deals with topics like alienation and politics. Generally, I'm interested in what motivates people to do extreme things. Most of the time though it's music that starts a song, not a topic that I want to write about.

How do you describe the style/genre of your own music?
My music moves between krautrock and synthpop. I used to call it electro noir, but this term does not always apply to my most recent material. I prefer a free form. I let my songs slowly develop and try to inject them with some sort of suspense. It does happen that I use a traditional song structure, but having a chorus and a few verses is not my starting point, normally. My music has a specific European feel, people say. I sometimes use guitars but never let them dominate my sound and I rather use electronics and musical elements that are not based on blues, funk or rock.

What do you feel sets you apart from the crowd?
Well, I'm not a crowd pleaser. That's one thing. The last thing I want is giving people innocent ear candy and nothing else. My music should be some kind of challenge. The songs I write are often rather long, do not always have choruses or verses, and can be about rather unpleasant topics. That doesn't mean I avoid beauty. It's just a different kind of beauty.

If you could describe you and your music in five words, what would they be?
The press usually mentions the words ”cinematic”, ”dark” and ”disturbing”. I would add ”funny” and ”European”.  It might be odd to add ”funny”, but according to me, my music is not devoid of humor even when it's a pretty dark type of humor.

What other artists, musicians, and producers have you worked with?
I could a drop a few names of people I worked with in the 1980s and 1990s, but I don't think any of them rings a bell. Too bad, I should add, because they were good. Nowadays I work alone most of the time. The only person I have been collaborating with over the past two years is a Russian singer, La Gouzel, who did the lead vocals for some of my songs. She happens to be my wife too.

What do you feel is the best piece of music you've created? Why do you choose this one?
Like most musicians, I have a tendency to like my most recent work best. In this case, it's not so much one song, it's the project I'm about to complete, which is a series of songs inspired by Swedish crime fiction. Looking back is not my strongest side. Once a song has been released I never listen to it again, unless I really must. I prefer to move on.

What type of mindset do you get into before you enter the studio to record? Do you do anything special to prepare yourself?
I record at home and I can do this whenever suits me. Writing and recording is work. Lots of trial and error and there is no specific mindset that guarantees results. The best thing appear when you're just playing around, with no intention to create anything at all. I recognize these moments but I always find it hard to remember them afterwards. Very often, when a song is ready, you wonder where it came from. If there is any type of magic involved in recording music, then it's amnesia.

What can you tell us about your current album? How does it differ from any of your previous projects?
My most recent album releases were Electro Noir from 2012 and Superette, a compilation for mailing list subscribers. I'm currently working on a project inspired by Swedish crime fiction. It's called the Deckare project. It's rather unusual to write songs based on books and though I have done this before, it's the first time I do a whole series. I chose Swedish crime fiction because it shares certain qualities with my music. It's often slow paced, has a few political undertones and mixes menace with mystery. Musically the Deckare songs are more accessible than my previous album. There's more pop in it, even when the material is dark and experimental.

Where do you see yourself as an artist five years from now?
Still in Sweden, still doing my own stuff. It's fine when people hear my music and appreciate what I do. The last thing I want to become is the next boring rock star making extra money in X Factor advising others how to become equally boring. Well, if I wanted to be famous, I would play a different style of music.

What are your thoughts of the current state of the music industry? How do you feel you fit into it?
It looks like the best years for indie musicians are over now that streaming audio services have taken the world by storm. With Spotify, most of the revenue ends up with the major labels who funded the company, while with iTunes, indie artists who didn't play live could still earn something. Musicians have to look for alternatives if they want to make a buck. But that's how things go. Creative people make something new and then the industry moguls and their shareholders run with the money. I'm not financially dependent on music so I'm not deeply affected by this. What I find more worrying is how the Web has changed the way music is consumed. Many music lovers seem more obsessed with creating huge playlists that serve as background noise than with actually listening to music. How many still take the time to sit down and listen to a whole album? Not many, I'm afraid, and that's a shame since a well-made album can really be an unforgettable experience, like a visit to a different world.

What plans do you have in the near future for music release/recording? What sets this upcoming project apart from your previous ones?
First I'll finish the Deckare project. I have another project going on, with poetry put on music. I need to finish that one, but first things first.

Any upcoming tour plans?
No. I don't play live as A.S. Swanski. I wish I could but I don't have a band and it's hard to perform my music without other musicians. Some artists who use a lot of electronics play live with a laptop but I think it looks silly. It's like watching an office with a lightshow.

Any words of advice for young/aspiring musicians?
This question makes me feel old. But since I'm not so young anymore, I could say: ”Don't think the world cares about your music simply because it exists. And don't imitate. Add value.”

Where To Find Me

Great Sites To Check Out

More great sites to check out